Due for release in August 2020, the first volume of Doctor Who: Out of Time sees the Fourth Doctor (Tom Baker) and the Tenth Doctor (David Tennant) team up to outwit the Daleks.

The Cathedral of Contemplation is an enigma, existing outside time. It turns through history, opening its doors across the universe to offer solace to those in need.

Occasionally, the Doctor drops in – when he's avoiding his destiny, it’s an ideal place to get some perspective. Only, he's already there several lives earlier, so when dimension barriers break down, his past and present collide.

And when the Daleks invade and commandeer the Cathedral, two Doctors must unite to stop them – or face extermination twice over!

Of being a boyhood Doctor Who fan, actor David Tennant said:

“Tom Baker was obviously the first Doctor that I knew. I was small when he took over and I grew up through the seven years that he was the Doctor. I was a massive fan. I met him in John Menzies in Glasgow and he signed my book. I had a doll of him. All that. Tom Baker was very much the Doctor. There is something about the way he is associated with the character that seems utterly timeless.”

“As fans we’re fascinated by the idea of different incarnations of the Doctor meeting, and Out of Time celebrates that. It’s a series where pairs of Doctors come together to battle a familiar enemy - and we begin with Tom Baker and David Tennant battling Daleks together. How brilliant is that? And there’s lots of exciting combinations yet to come.”

https://www.bigfinish.com/releases/v/do ... =outoftime
The classics endure
The new date and decay
Don't settle for less
Echos that blessed by yesterday

Looks like Tom is slipping Ten a seven in that pic. 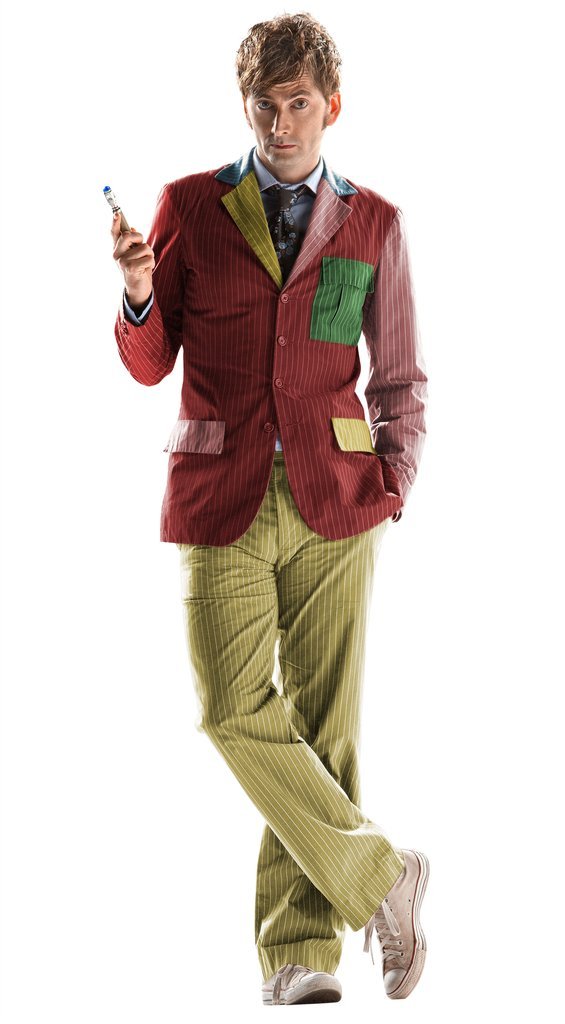